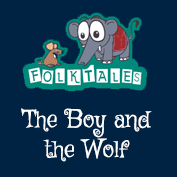 In a beautiful valley surrounded by the mountains, lived a young boy with his family. Every evening he would stand on the roof of his house and stare at the valley below. Situated at the edge of the valley, his house was one of the few last houses in the row. Beyond his house was a vast never-ending jungle filled with wild trees and animals. The boy was very scared of the jungle and never stepped inside it. He had heard stories of people entering the jungle and never coming back.

During the nights he would feel scared to even look outside the windows. Every night he could hear weird noises coming from the jungle. He was extremely scared of the wild animals that roamed around in the jungle.

However, in the mornings, he felt different. One morning, while he was standing on the roof and inspecting the view of the jungle, he suddenly realised that it was not that scary after all. He saw the beautiful green trees of the jungle and was fascinated by its majestic size. The treetops of the dense forest did not scare him in the broad daylight and he felt that he was brave enough to walk through the forest.

Suddenly, he saw a grey wolf passing by. Scared by the sight, the boy stepped back. But then he realised that the wolf was too far and could not come near him even if it wanted to. Moreover, the distance was so much that the wolf actually looked like nothing more than a big dog from the boy’s terrace.

“You dreadful animal, how dare you even come close to my house? Run away immediately or I shall unleash my dogs on you,” the boy said in a loud voice.

“I am sorry, but I was just passing by,” said the wolf. He was aware that he was in the territory of the enemy and he did not want to cause any trouble for himself.

“How dare you pass through my area? Get off right now,” the boy shouted and threw a stone at the wolf.

“You foolish boy, don’t be so arrogant. It is always easy to act brave when you are at a safe distance. Come close and I will show you my real power,” said the wolf and growled so loudly that the boy ran away with fear.