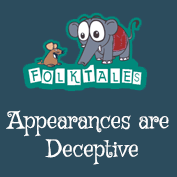 Summer was coming to an end and autumn was approaching. All the animals and insects were busy gathering food and stocking up their resources. Soon it would be winter and food would be very difficult to find. One day, Bina the ant was running around in search of food. She knew that it was very important to stock as many supplies as possible, so that the ant colony would have enough food to eat during the very cold and difficult winter months.

Bina had already accumulated a lot of food, however, now she was on the lookout for some sweet stuff as the young members of the ant colony were very fond of sweet treats. Scurrying among the trees and bushes, Bina suddenly smelt the sweet smell of pastry. She quickly started looking for it and suddenly found a huge piece of pastry lying close to a tree. The pastry had a big raisin in it.

The ant was moving towards the pastry when she suddenly saw something hanging from the leaf of a tiny plant. She looked closer and realized that it was a small creature with a tiny tail, all wrapped up in something and looked as if it had been bandaged.

Bina had no idea what the small little creature was. It was actually a pupa of a butterfly, also known as a chrysalis.

The ant felt pity for the pupa and said, “Oh you poor little thing! How difficult must life be for you. I can move around everywhere, go over mountains and climb tall trees, but look at you! You are trapped inside a shell and can barely move your tail.” Then she went away dragging the piece of pastry.

A few days later, Bina once again came to the same place, looking for some more sweet treats. It was a very hot summer afternoon and Bina was sweating heavily, suddenly she felt shadowed by a small cloud, and a cool breeze of air touched her gently. Hurriedly, she looked up and was amazed to see one of the most beautiful butterflies she had ever seen. It was a bright, blue coloured butterfly with light pink and yellow spots. She stared at the butterfly and thought, “How lucky it is to be so pretty and to also be able to fly around freely.”

Sundari the butterfly was flapping its wings happily, “Look at me,” she said, “I am the same friend of yours that you pitied. You once boasted of being able to run and climb trees, now try and catch me if you can!” said Sundari, and flew away gracefully.