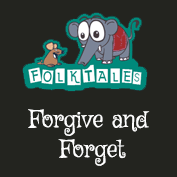 Alok and Amar were the best of friends. They grew up and studied together.

One day, they decided to start a business as a joint venture. Both of them set up the business by investing a great amount of money. They worked hard day and night to promote their business.

Their business was successful and was running fairly well. A few years went by and all was well. One fine day, Alok had an idea. “We have made a very good profit in our business. I think now we should invest in a new form of business. It will help us earn double the profit,” Alok shared his idea with Amar. Amar was not very sure about the venture, but finally agreed after much persuasion.

After a few months, the new venture started sinking. It was a complete failure. All the profit that they had invested into the new business was lost. They used much of their savings to save the business from sinking, but it was all in vain.

Within a span of a few months, they had gone from riches to rags.

Amar was very disappointed. He remembered how he was persuaded by Alok to invest in the business which had turned into a disaster. He cursed his friend’s lack of judgment.

As time passed, Amar started getting madder at Alok by each day. He felt that Alok was solely responsible for their precarious condition and decided to take revenge on him. One day, he quietly went to Alok’s place and set his house on fire. Everything burnt down to a cinder, though there was no loss of lives.

As the fire engulfed the house, Alok was informed by his neighbours. He immediately came running. While he was running around his house, he saw Amar escaping from his house.

Burning with fury, Alok decided that he too would take revenge on him. Alok started a new business of his own and started making good money. He made plans to damage his friend’s business. He made false calls to his friend’s clients, spread rumours and destroyed Amar’s business gradually.

Alok was in a better position than Amar, so was successful in accomplishing his mission. Within a few months Amar lost all his possessions. Finally one day, Amar went to Alok’s house and said, “We have already hurt each other like crazy. It’s high time we stop this madness.”

“Even I am tired of playing the game of revenge, but you made me do this,” Amar said trying to justify his actions.

“That’s not true. I suffered due to your lack of judgment. I lost all my life’s savings. Anyway, can’t we leave everything behind and become friends again?” Amar asked.