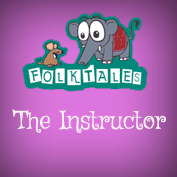 Once, there was a young man who was fascinated by the art of sword fighting. He went to a renowned instructor and said, “Will you please oblige me by making me your student?”

The instructor was greatly pleased by his interest in sword fighting and said, “Yes I will, but on one condition- you will have to stay with me to learn this.” The student agreed immediately.

In the next few days, the instructor gave the young man a number of tasks to do, like washing, cooking, gardening and many more. However, there was no mention of any sword fighting in the chores.

Gradually, the student became impatient and frustrated. One day, he went to the teacher and said, “I came here to learn the art of sword fighting. When will you begin my lessons?” The teacher simply smiled and did not reply.

The very next day, when the student was cooking, the master quietly came from behind and hit him with a wooden sword, and vanished immediately. The boy was unprepared and surprised by the attack. A similar thing happened the following day. The student now started becoming more alert for any such attacks.

Next time, when the teacher attempted to attack the student, he was alert and successfully dodged the attack. The young man was very happy with his own performance and told the teacher, “Finally I have learnt the art of sword fighting!” The instructor remained quiet and left the place.

One evening,the student saw his master performing a task with complete concentration. “Let me try and see if he can dodge my attack when I catch him unawares,” he thought and attacked his master from behind with a wooden sword.

Within a second,the instructor took a shield kept in front of him and defended himself expertly.

The young man finally realised the real mystery behind sword fighting. He understood that sword fighting was not just about learning the opponent’s moves or swinging the sword efficiently, but it was about assessing what was going on in your opponent’s mind.

Since that day, the young man continued to take lessons humbly from his master till he became as good as him.