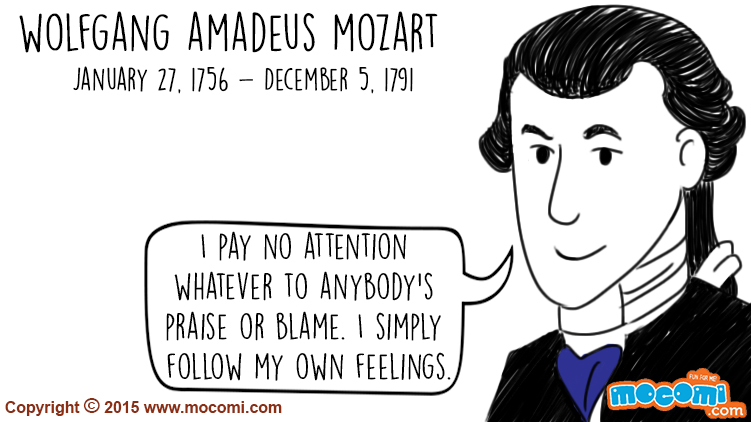 Who is Wolfgang Amadeus Mozart?

Wolfgang Amadeus Mozart (1756 – 1791) was a musical prodigy, an influential composer, conductor and producer of the Classical era. By age six Mozart had already begun performing for royalty around Europe and had begun composing music. He was introduced to music during his older sister’s piano lessons. Mozart had a keen ear for sound and it soon became apparent that he was a voracious learner and musical genius. His compositions built on the existing techniques dominant at the time. He was able to absorb and adapt features from other composers and as time passed, his style expanded on both opera and instrumental music. Mozart died young but his illustrious career was made up of concertos, chamber music, symphonies, choral, and opera.

At what age did Mozart start composing music?

Name the other great composer, 15 years his junior, who was greatly influenced by Mozart’s works?