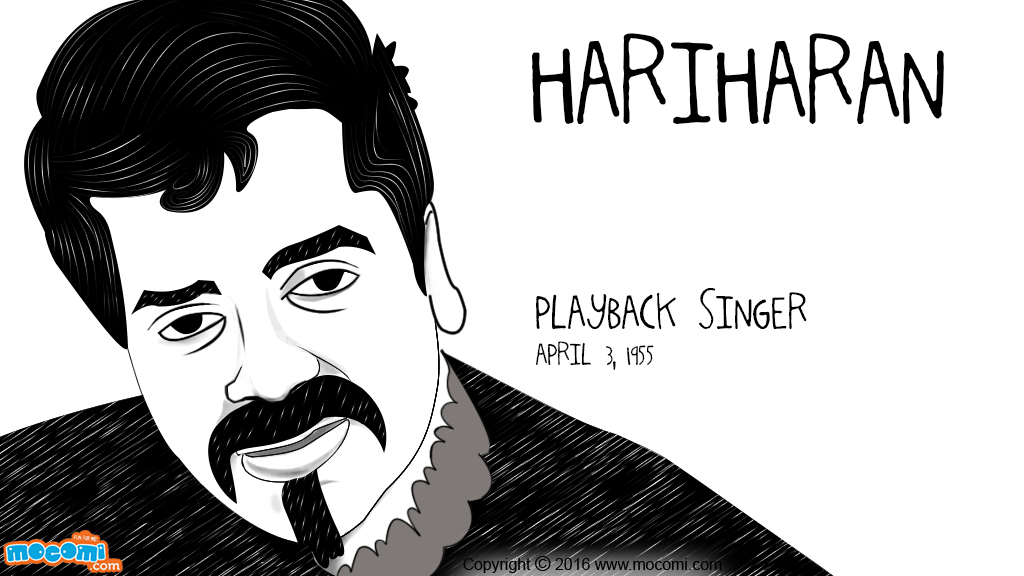 Hariharan (1955 – ) is an Indian ghazal singer known for his soulful ghazal voice. He has lent his voice to actors in Tamil, Hindi, Malayalam, Kannada, Marathi, Bhojpuri and Telugu cinema as well as recorded pop songs outside of the film industry. He has received multiple awards including the Padma Shri for his outstanding musical career.

Hariharan was born in Kerela to Srimati Alamelu and H A S Mani who were both vocalists. His mother Alamelu was his first mentor who introduced him to both Carnatic and Hindustani classical music to the likes of Mehdi Hassan and Jagjit Singh and finally began training formally with Ustad Ghulam Mustafa Khan and the native Malayalam speaker began studying Urdu in order to fully understand and interpret the music.

The singer began singing commercially for Bollywood in the late 1970’s but it wasn’t until he recorded with AR Rahman in 1992 that his name began to raise eyebrows. He went on to sing for many music directors and in many languages collecting awards and accolades along the way.

In 1996 Hariharan teamed up with composer and singer Leslie Lewis and together made up the band Colonial Cousins. The duo were an instant hit and became the first Indian music act to be featured on the MTV unplugged soundstage. Their debut album, Colonial Cousins, was their most successful and the two continue to collaborate till this date.