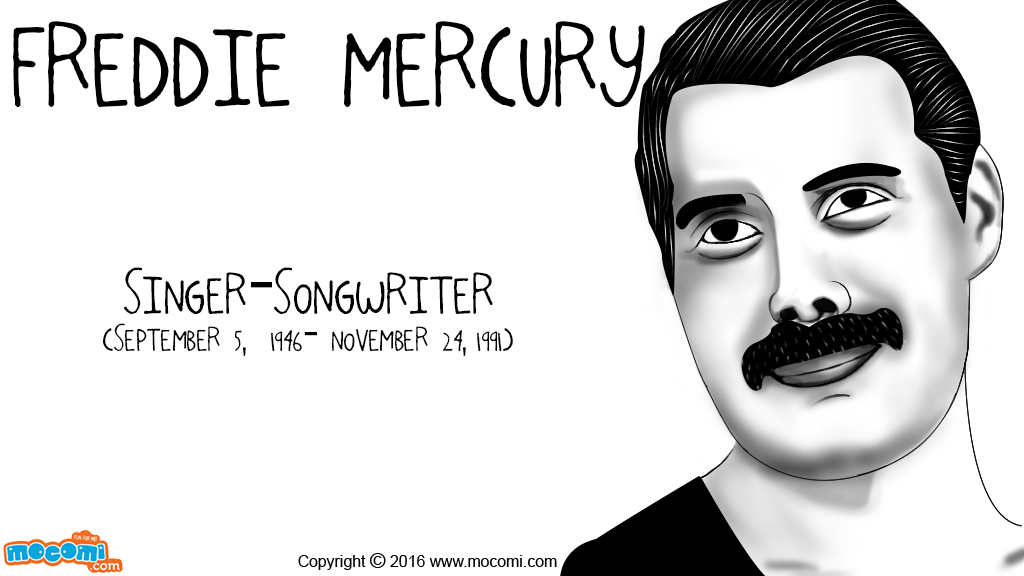 Who is Freddie Mercury?

Freddie Mercury (1946 – 1991) was born Farrokh Bulsara to Bomi and Jer Bulsara in the British protectorate of Zanzibar. Freddie was the front-man and lead vocalist for the British rock band Queen. With a vocal range of over four octaves Freddie’s voice captured the ears and hearts of listeners all over the world. The songs he personally wrote spanned multiple genres, mixing the band’s rock signature with opera, rock ‘n roll, and complicated key-changing jazz overtones. Freddie had a keen ear for music where he was able to listen to songs and replicate what he heard on the piano without much practice, however he didn’t play the keyboard too often when in concert because he felt that he was a mediocre keyboardist at best. Freddie lent a highly theatrical style to his performances where he made engaged his mass stadium audiences by making use of the entire stage. In November of 1991, Freddie Mercury passed away due to AIDS related complications and the world lost one of the greatest performers that rocked stages around the world.