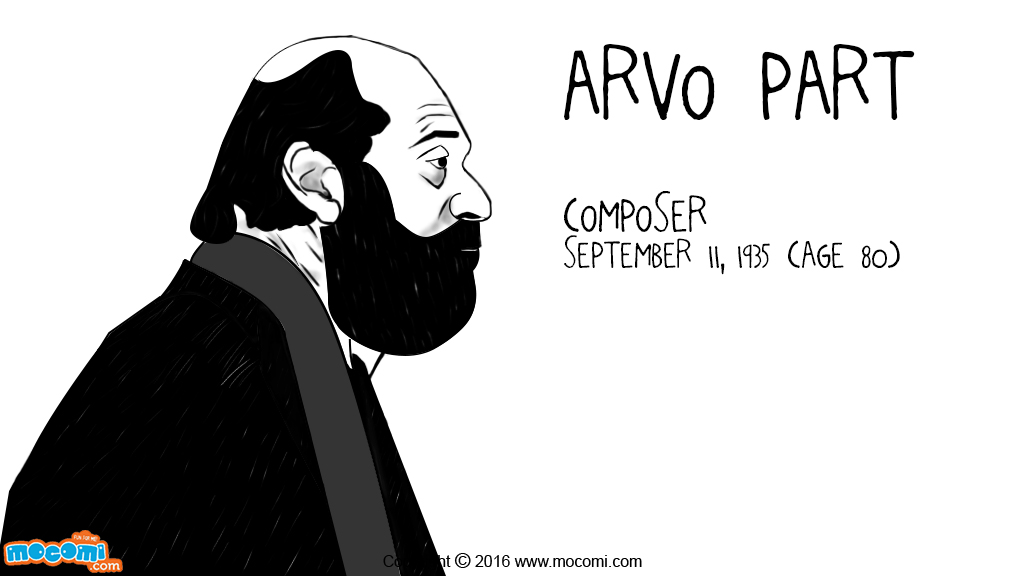 Who is Arvo Part?

The Estonian musician Arvo Part (1935 – present), is one of the most prominent composers of sacred music today (as of 2012). His minimalist style, one which focuses on only the most essential elements of sound, is a self-made genre called tintinnabuli. Pärt’s genre is inspired from Gregorian chants.

Pärt was born in a town called Paide under Soviet rule. After prolonged trouble with the regime, Arvo emigrated to Vienna with his wife and their two sons. He began experimenting with a twelve-tone technique, which was not in accordance with the strict Soviet state. His second period known as tintinnabule- like the ringing of bells. It is characterised by simple harmonies of unadorned notes, and a reverberation remnant of the sound of distant ringing bells.

Gregorian music is a form of vocal music from 1500 years ago. Can you find out how this musical tradition got its name and why this person demanded that it be created?

Can you do some research to find out why Soviet Russia was so strict about what kind of art it produced?