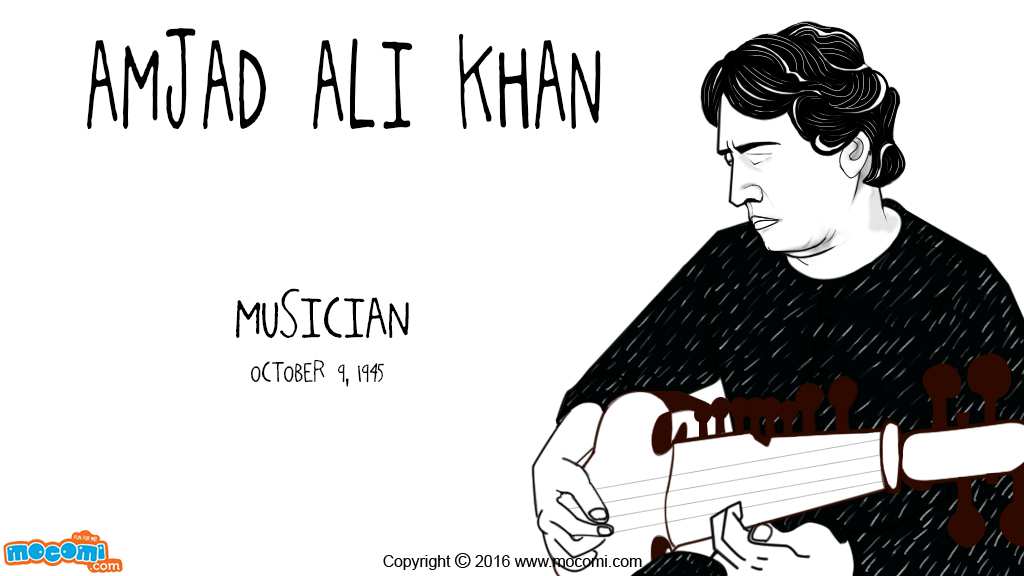 Amjad Ali Khan born in 1945 is an Indian classical sarod player. He is the youngest of six children born to the court musician of Gwalior- Hafiz Ali Khan. He is a sixth generation musician and his family lay claim to having invented the sarod in its modern-day form. Amjad Ali Khan was home-schooled in music by his father and began touring with him from an early age giving his first international performance at age 18. The maestro believes that music is a form of prayer that one makes in the name of his audience, where the experience is spiritual for the audience as well as the performer. He has been highly acclaimed the world over for his music and continues the musical lineage of his family with his two sons Amaan and Ayaan who also play the sarod and perform with him.

Find out a little about the Sarod and how it is different from the Sitar.

Amjad Ali Khan has been made an honorary citizen of three cities in the United States for his lifelong contribution to music. Name these three US cities and towns.