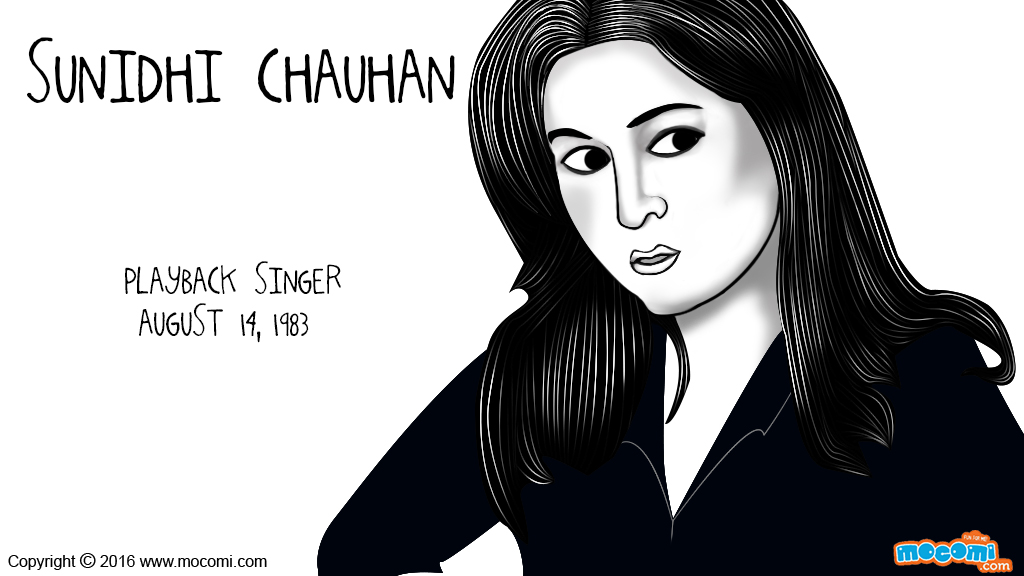 Sunidhi Chauhan (1983 – ) is an acclaimed playback singer for Indian cinema. Her voice has been the vocals to actresses in Hindi, Assamese, Marathi, Telugu Kannada, Tamil and Gujarati. Sunidhi was discovered at a very early age after winning the TV talent competition Meri Awaaz Suno on Door Darshan at age 13. She began singing playback professionally from then on and by age 19 had already recorded 350 songs in multiple languages. The song that put her on the map though, was Ruki Ruki Si Zindagi from Ram Gopal Varma’s film Mast. Chauhan’s powerful voice lends itself to a blend of Hindustani classical flow and contemporary bollywood pop style. In 2011 she recorded a hindustani version of a song with international pop star where she sang in Hindi and him in English, putting her on the international pop charts.