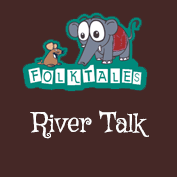 The rivers were extremely annoyed and unhappy. When they started flowing from high up in the mountains, they were merely tiny streams and later they would increase in their volume as they reached the plains. During the monsoons their water would swell and overflow, while the scorching heat of the summer reduced them to a trickle. However, they still flourished and managed to keep flowing.

However, now at the end of their journey, they were destined to merge with the sea. After flowing through all the mountains, plateaus and hills, they would finally lose their freedom forever.

However, they knew that by no means could they stop themselves from flowing, so they flowed till they reached the vast sea. The rivers were very upset and complained, “Not only is it wrong that we have to merge, but it is also very unfortunate that our clean and sweet water will now get mixed with awfully tasteless and salty water of the sea.”

The sea overheard them complaining and said, “If you think that you can survive all by yourself, then go away. You don’t have to merge anymore. Enjoy your clean and sweet water all by yourself.”

The rivers could never really do that. Even if they can manage to flow in the opposite direction by changing their course, they would never survive without merging with the sea. Most rivers that did not merge with the sea dried up and died. It is only the sea that can keep the river full and flowing.

The rivers realised this and finally flowed into the sea. Freedom is of no use if you don’t survive to enjoy it.