You Are Here : Home » Learn » New World » Answer me » What is Sleepwalking?
DOWNLOAD 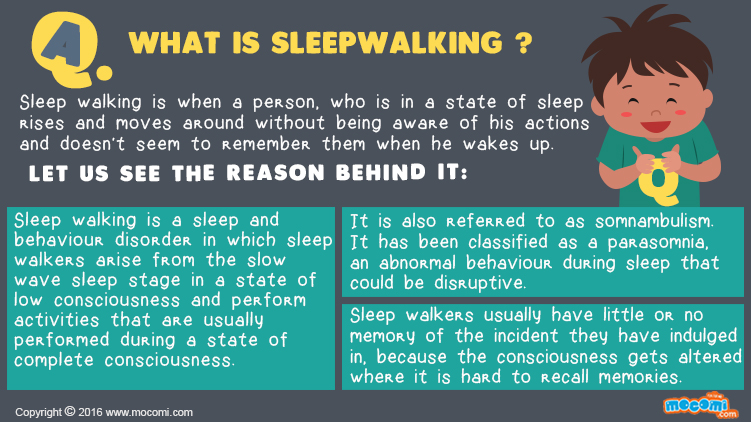 Sleepwalking is when a person, who is in a state of sleep rises and moves around without being aware of his actions and doesn’t seem to remember them when he wakes up.

How does Sleepwalking happen?

Sleepwalking is a sleep and behaviour disorder in which sleepwalkers arise from the slow wave sleep stage in a state of low consciousness and perform activities that are usually performed during a state of complete consciousness.

It is also referred to as somnambulism. It has been classified as a parasomnia, an abnormal behaviour during sleep that could be disruptive.

Sleepwalkers usually have little or no memory of the incident they have indulged in, because the consciousness gets altered where it is hard to recall memories.

Why are Duck feathers waterproof?

Why do our best ideas come in the Shower?