You Are Here : Home » Learn » New World » Answer me » Why do Snakes shed their skin? 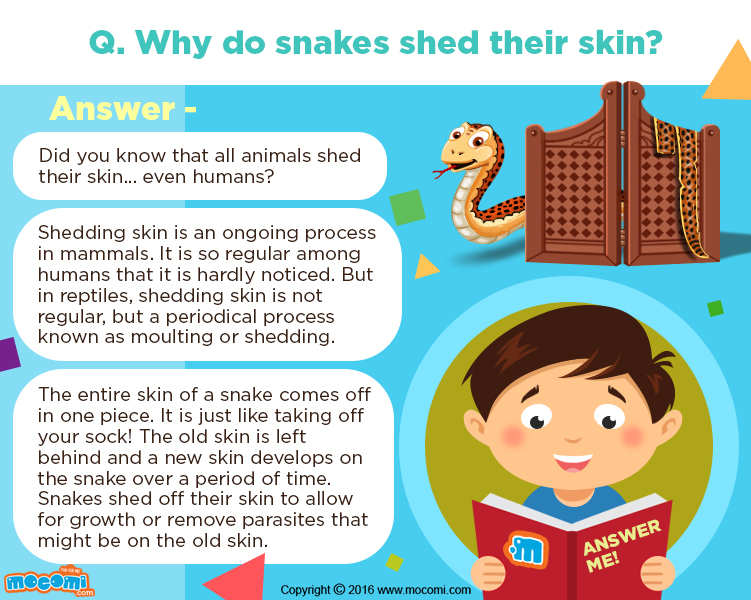 Why do Snakes shed their skin?

As mammals snakes are also born tiny and then they grow or mature. As they grow the skin which covers them becomes tight and gets stretched. It reaches a point where the skin cannot accommodate the growing snake anymore and thus the skin comes off or sheds. It is just like a small child getting out of his/her tight clothes.

The new skin that comes on the snake is just like the old one and has the same design or patterns.

How often do snakes shed their skin?

Shedding of snake skin depends on the specie of snakes. On an average a snake sheds its skin two to four times a year. Young snakes grow very rapidly, thus shedding their skin more often- almost every two weeks. The shedding of skin reaches its peak when the snakes reach adulthood. Then it may happen twice a year.

The shed skin is almost transparent to look at. Since the skin has been stretched, the old skin is longer than the actual snake.

You may also like to read Ilha de Queimada Grande: World’s Deadliest Island

Why are Duck feathers waterproof?

Why are Bubbles Spherical?