You Are Here : Home » Reviews » Book Reviews » Mother Steals a Bicycle and other stories

Mother Steals a Bicycle and other stories 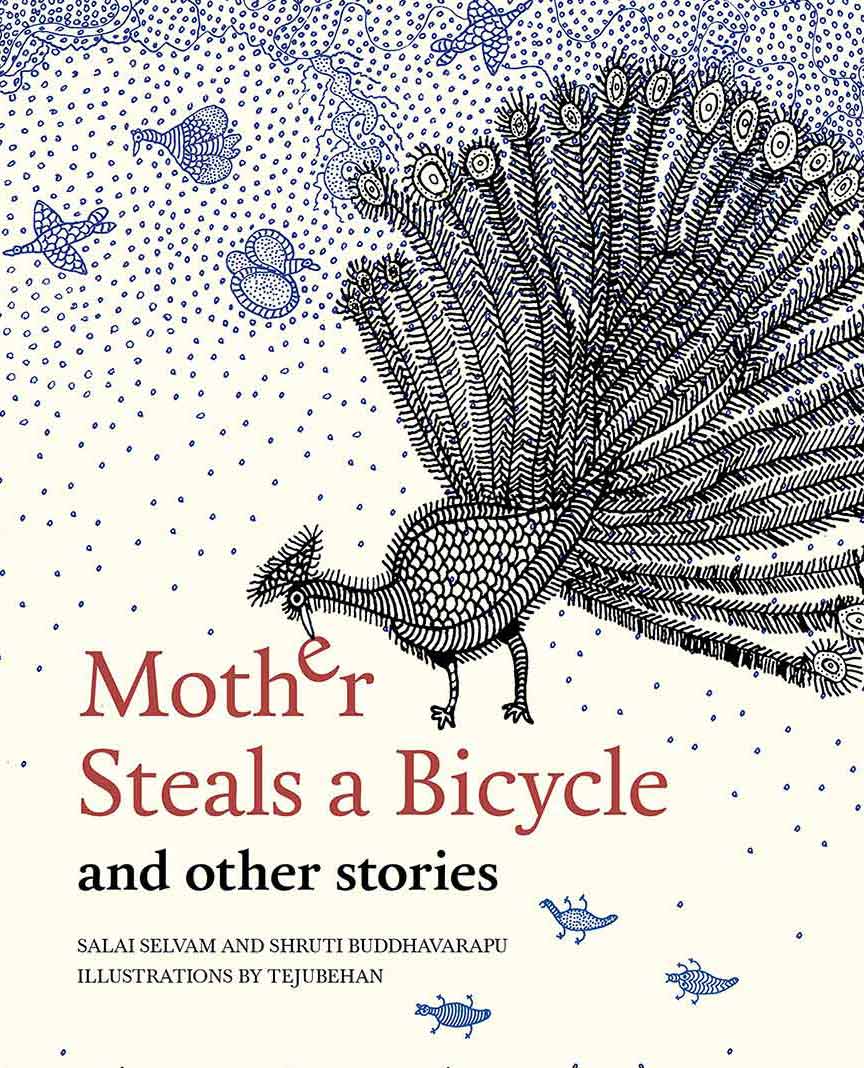 The book is narrated by a girl, whose Amma is telling her stories from when she was a young girl living in a village in Southern India. Amma's stories straddle the line between fact and fiction. A bicycle that pedalled itself? Hyenas that ruled the fields? The narrator and readers, in turn, are still unsure of the truth behind these stories. But one thing shines clear, Amma was a brave, curious and bright young girl.

Beautifully illustrated by Teju Behan, 'Mother Steals a Bicycle and other stories' published by Tara Books, is a wonderful series of stories created by writers Salai Selvam and Shruti Buddhavarapu. By the end of the book, the young narrator too wishes she could live in a village like her Amma's and grow up surrounded by greenery.

The book is brought together with the intricate black and white illustrations done by Teju Behan, with highlights of blue. If you are keen to push your child to explore Indian art styles and be drawn in by stories outside of the city, this book is for you.