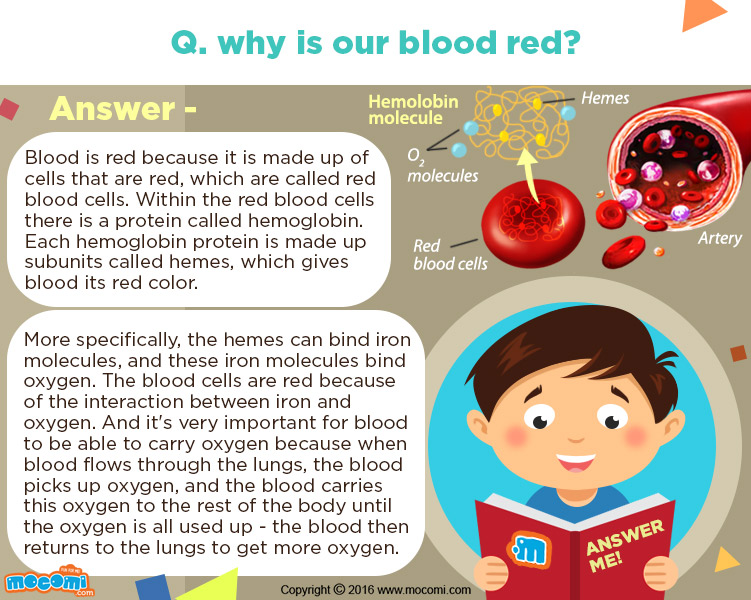 Why is Blood Red?

And it’s very important for blood to be able to carry oxygen because when blood flows through the lungs, the blood picks up oxygen, and the blood carries this oxygen to the rest of the body until the oxygen is all used up the blood then returns to the lungs to get more oxygen.

What are the different colours of blood in animals?

Why don’t Spiders Stick to their Webs?

Why do we fall ill?