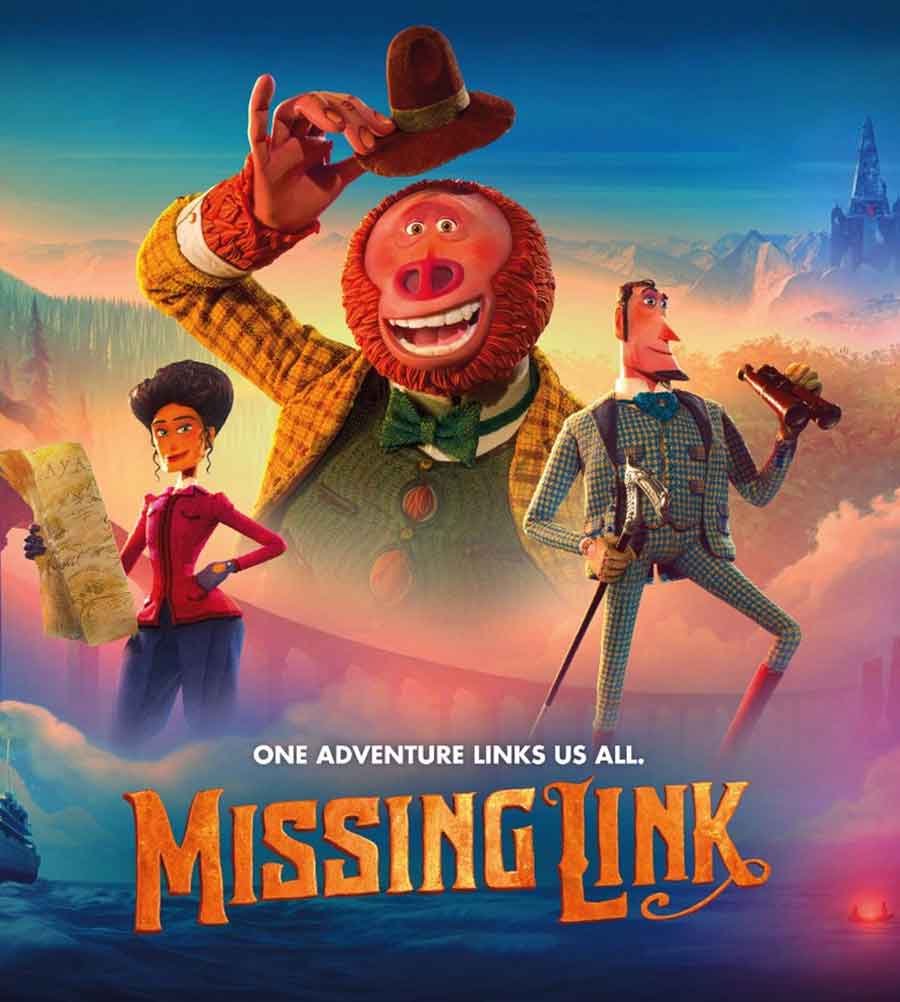 Laika Studios has long built a reputation for beautifully created, albeit dark, stop motion animated movies. With films like ParaNorman and Coraline under their belt, ‘Missing Link’ comes as a refreshing surprise.

Set in Victorian England, explorer Sir Lionel Frost has spent his career trying to discover mythical creatures. Imagine his surprise when he receives a letter from the lesser-known cousin of the Yeti – the ‘Sasquatch’. Susan, as the Sasquatch chooses to name himself, has contacted Frost in the hopes of reconnecting with his Yeti cousins in the Himalayas.

They are accompanied on their journey by Frost’s old friend Adelina, who adds humour to the script with her constant critique of both Frost and colonialism. A subtle commentary is made on British concepts of colonization, coupled with wit and an ever-lovable Susan.

The theme of the film centres around the need to find a sense of belonging – something Susan constantly seeks. His character is appropriately voiced by the comedic Zack Galifianakis; who is the highlight of the film. Hugh Jackman and Zoe Saldana voice the characters of Frost and Adelina respectively and the ensemble cast works well together. A message rings clear through the course of the movie – family and belonging isn’t always what we are born into, but is sometimes chosen by us.