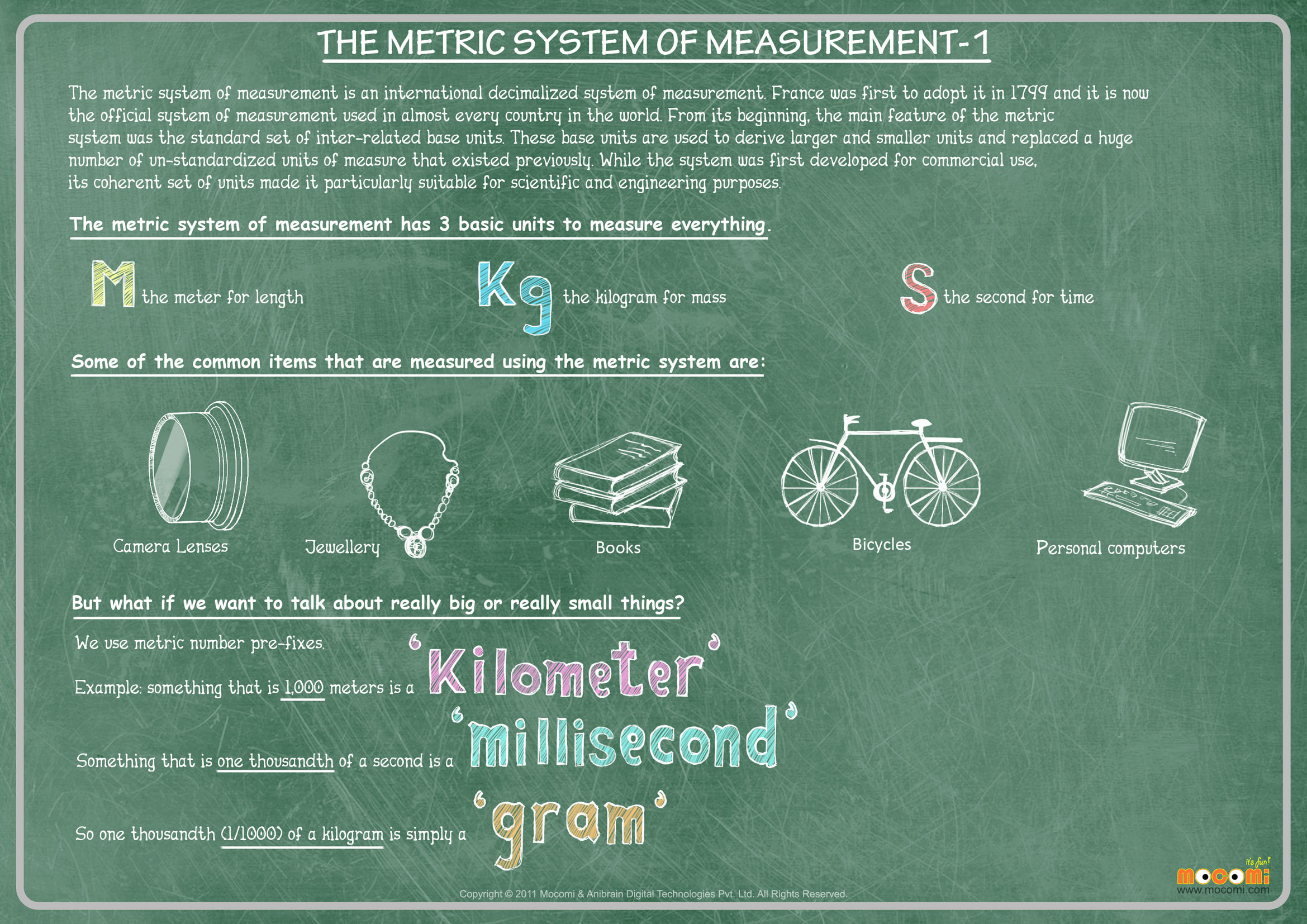 Metric System (Part 1) Learn all about the metric system and the basic units used to measure everything with the help of this maths worksheet for kids.

The metric system is an international decimalized system of measurement.

To download this worksheet to your computer, click on the red download button at the top. France was the first to adopt it in 1799 and it is now the official system of measurement used in almost every country in the world. From the beginning, the main feature of the metric system was the standard set of inter-related base units. These base units are used to derive larger and smaller units and replaced a huge number of un-standardised units of measure that existed previously.

While the system was first developed for commercial use, its coherent set of units made it particularly suitable for scientific and engineering purposes.

The metric system of measurement has three basic units to measure everything. M the meter for length, Kg the kilogram for mass, S the second for time.

Some of the common items that are measured using the metric system are: Camera lenses, jewellery, books, bicycles and personal computers.

What if we want to talk about really big or really small things?
We use metric number prefixes.

What is a Protractor?

What is Square Root?

Tens and Ones Worksheet

Let’s Match Tens And Ones Worksheet