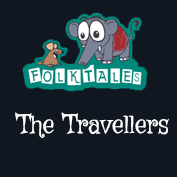 Once, there lived a group of merchants in a temple city of southern India. All the time, they would dream of becoming extremely rich someday. They often heard stories of traders who accumulated a large amount of wealth by travelling all over the world.

Driven by the urge of making money, the merchants decided to travel to far off places in search of wealth. They packed their bags and embarked upon the journey of their life.

They went to several places. However, even after travelling to such far off places, they never got any richer. In fact, they ended up spending a large amount of money as a part of their travelling expense. Eventually, they started getting frustrated and impatient.

One day, while they were lazing around at the seashore, they noticed a big and majestic ship far away in the sea. “The day we become rich, even we can own a ship like that,” one of the travellers said, thoughtfully. They kept staring at the ship, but as it got closer, they realized that, the grandeur of the ship was lost and it just looked like a small boat. When the boat got even closer, they saw that it was not even a boat; it was just a raft, made with some logs put together.

They were disappointed and crestfallen. Eventually, they understood that their dream of becoming rich was like the ship, which looked very grand from a distance, but it wasn’t so in reality. They realised their mistake and headed home.

Indian Folk Tales: How The Coconut Came To Myanmar