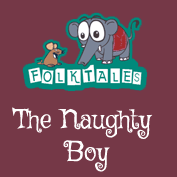 Many years ago, there lived a kind old poet. He had a beautiful cottage in a small village. One evening suddenly a huge storm arose from nowhere. Rain drops started trickling from heaven. The old poet, however, was unperturbed. He sat quietly beside the fireplace in the comfort of his warm living room. The room was filled with the aroma of freshly roasted apples.

“I feel sad for the ones who do not have a roof over their head,” the poet thought.

Suddenly, he heard a squeaky voice. “Oh please let me in. I am completely wet and very cold,” a small child exclaimed standing at the door of the poet’s cottage. The boy looked a little different from the rest in his locality. He was almost naked, he had glittering eyes and lovely golden locks falling around his beautiful round face. He was shivering with tiny droplets of water falling from his hair. The poor boy would have perished in the dreadful storm had the poet not let him in.

“Poor thing! You look so cold and exhausted. Please come in and sit down,” the poet said and called him in. He made him sit on a chair and rubbed his wet hair with a towel. He took his tiny little hands in his own and warmed them gently. The boy was holding on to a tiny little bow, which was a little twisted with the wind and the rain and in his other hand he held some arrows.

The old poet took him in his lap and offered him some boiled wine. The boy drank the wine happily and started feeling better. His cheeks turned red and the colour returned on the rest of his face too. The boy climbed down from the poet’s lap and started singing and dancing.

“You are a very charming fellow. What is your name?” asked the poet.

“I am Cupid. Haven’t you heard about me? I have a bow and arrow and can shoot well with this. Look outside, the clouds have cleared up and it’s a beautiful sight.”

“But your bow is spoilt by the rain,” the old poet said. “I don’t think so,” the boy replied and took the bow in his hands. He examined the bow very carefully. “It’s absolutely fine and dry now, the string is tight and I can shoot perfectly with this. But don’t worry, this does not hurt much,” the boy said while aiming his arrow towards the poet and just then shot the arrow. “Swing!” went the arrow and struck the heart of the poet.

The old poet fell on the ground, as the arrow pierced through his heart.

He thought, “Cupid is such a naughty boy. I will warn all the children about Cupid. They must never play with him, as ultimately he would only cause them pain and a lot of heartache.”

The poet had indeed warned all the children about the mischiefs that Cupid can cause. But Cupid was extremely clever and cunning, and was always successful in fooling people. When the young boys and girls walked in their universities after their lectures, he would walk along with them. Like all other students he wore a black coat and carried a book in his hand. So no one could ever distinguish him from the rest of the students. And just when they were all doing their respective work, unaware of his presence, Cupid would strike them with his sharp arrow passing directly through their heart. He also liked the young maidens and followed them wherever they went.

During the plays he perched on the beautiful chandeliers and burnt like a bright light. Just when people started believing it to be a flame, they realised it was indeed something else, but it was too late; for Cupid had already shot his arrow. Cupid spares no one. He has once shot your parent and, hundreds of years back, even your grandparents. Years have passed, but Cupid remains as mischievous and as naughty as ever.