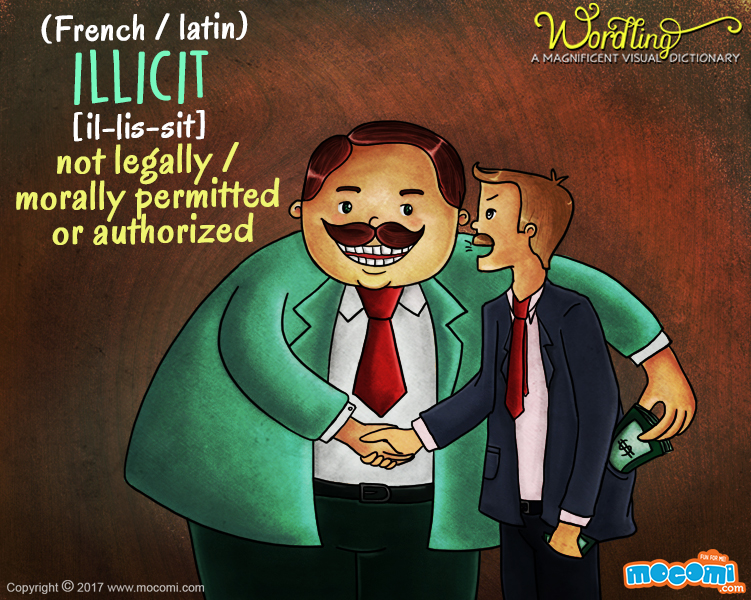 What does “Illicit” mean?

We all know that giving or accepting bribes, or having extramarital relations is wrong. Another word for these acts which are ethically, morally and legally wrong is illicit. Pronounced [il-lis-sit], Illicit is a word of French / Latin origin which refers to those acts that are not permitted by law or general customs. Sometimes illicit acts aren’t outright illegal, but they’re amoral and should be avoided all the same.